Character Animator can do some cool animations, but it does not have any build in support for titles or captions. So how should you go about it? Here are a few ideas. (Got another approach? Feel free to leave a comment below!)

What Is a Title vs a Caption

In this blog, when I say “title” I mean text you often see in opening and closing credits. It often has complex formatting with multiple font sizes, special positioning, and more. It wants to grab the attention of the viewer.

Captions I use to refer to text that might appear during an episode, but you don’t want it to have too much attention. They often appear at the bottom of the screen. 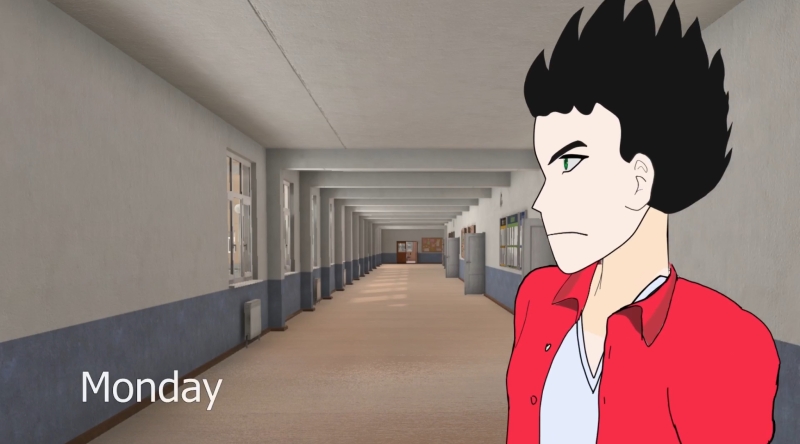 If you know Character Animator and have created some puppets, the easiest way to create a title is to create an artwork file using the tools you are familiar with and load it up as a puppet. It does not have to move (unless you wanted to get cute with dangle effects or similar – could be interesting…).

In this approach, every screen of text needs a new artwork file (AI or PSD). When imported into Character Animator, a new puppet will be created as per normal. You then place the puppet into a scene and resize it like any other puppet. This is fine for opening and closing credits and you have the full power of the drawing tool to position text. I go with Illustrator myself because its easier to resize the text without concern for resolution.

You have a few choices to make the text appear and disappear at the right times.

If doing something like words for a song, I use the “Text” capability in Premier Pro. The main reason is because having 40 different artwork files starts to become a pain. Premier Pro will keep them all in the project file. You can put multiple bits of text on the screen with different fonts etc.

A negative is if you change a scene length, or change length of when a puppet appears within a scene, you have to keep the positioning in sync. (If you are using a puppet inside Character Animator you see it on the same timeline as the rest of the puppets etc in the scene.)

Spanning Scenes or Within Scenes

If I want text to span scene boundaries, I do it in Premier Pro. You could do it in Character Animator I guess, but it feels awkward to make sure the text is lined up between scenes. Premier Pro makes it easy to do, as well as having standard effects for fade in/out (easier than blends).

Some of the tools have support for text scrolling up the page like the ending credits of a movie. You can do this in Character Animator by recording movement for the puppet holding the title text (I would use a blend to keep it smooth), but there are features inside After Effects and Premier Pro for doing this sort of thing. I have not used them seriously but there are lots of tutorials around.

Star Wars intro text (disappearing into the distance) is a little harder in Character Animator, unless you distort the image before hand – then you adjust the Y-value and scale of the puppet together to get the appearance of it moving into the distance. Easier I think is to use After Effects.

What if you want bouncing balls on top of words in a song? You can probably use key-framing in After Effects, but I would personally make the bouncing ball a puppet, put all the words into artwork files I import as puppets, then put a dragger on the bouncing ball.

I am not an expert on After Effects when it comes to titles, but if I wanted to do sparkles or shiny (metallic) 3D effects with text, it is the tool I would go for. (Does anyone remember the 3D Superman movie text that came flying out of the screen in the older movies?)

What tools do I use? I use Illustrator files in Character Animator most of the time. If I want text to span across scene boundaries, then I use Illustrator files overlaid in Premier Pro. Why? I like keeping the tool count down. I work on animation only occasionally in my evenings. The more complex the tools, the harder I find it to come back a month or two later and remember how I did something. So I try to use the same tools over and over again, even if there is a better tool around. I use Illustrator for my puppets, so I use it also for my text.

Want to think more about different ways to do the opening of a video? I found this recent video by RCAnime interesting. It is more the artistic/design for the opening scene of your video, but it sparked some ideas in my mind.